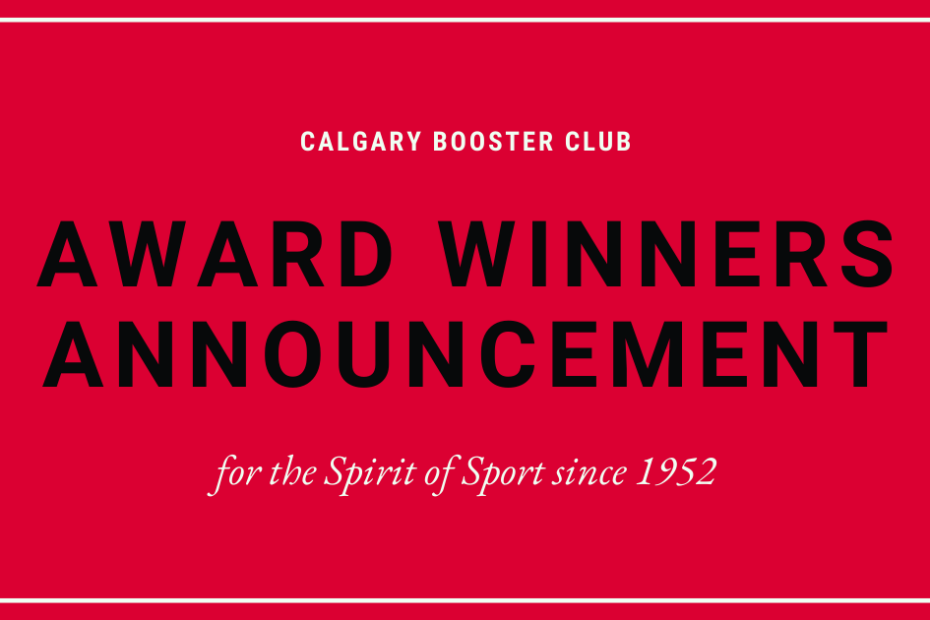 The Calgary Booster Club today announced the Athletes of the Year, based on performance during the 2021 calendar year, and the winner of its most prestigious award, Sportsperson of the Year:

Award winners, including Honoured Athletic Leaders and endowment recipients, will be officially recognized June 26 at the Calgary Booster Club’s 68th annual Gala. Tickets for the afternoon reception at WinSport are available at: https://www.eventbrite.ca/e/68th-annual-calgary-booster-club-sports-gala-tickets-338641544977.

SPORTSPERSON OF THE YEAR — RON LOGAN

A fixture on the local sporting scene for more than a half-century, Logan grew up in West Hillhurst and played in the Calgary Bantam Football Association, where he eventually coached and served as an administrator for 49 years. To this day, he is involved in the association as well as Football Alberta.

Among his many achievements, Logan is the founder of the Selects program, which, yearly since 1988, sends a group of 30 bantam players from Calgary to the United States for tournaments.

Logan, named an Honoured Athletic Leader in 1996 by the Calgary Booster Club, also coached hockey and baseball teams, in addition to spearheading the development of the football fields at Shouldice Park.

The Calgary resident, of course, is a familiar face to anyone who watched the Tokyo Olympics. Labbé, goalkeeper of the Canadian side, grinned her way through a dramatic shootout win in the gold-medal match against Sweden.

Also in 2021, not only did she suit up for FC Rosengård of the Damallsvenskan league in Sweden and Paris Saint-Germain in France, she was runner-up for the FIFA Best Women’s Goalkeeper.

Playing legacy cemented — she also earned bronze at the 2016 Olympics in Rio de Janeiro — she recently retired. Now Labbé, a former member of the Calgary Foothills Club, intends to dedicate her time to youth soccer across Canada.

Few golfers have enjoyed the kind of year Fleming had in 2021.

Currently the teaching pro at Lynx Ridge Golf Club, Fleming is no stranger to big seasons. In 2012, as a teenager, he won both the Alberta Amateur and the B.C. Amateur titles.

The Calgary Booster Club has celebrated athletic excellence and community leadership since 1952.