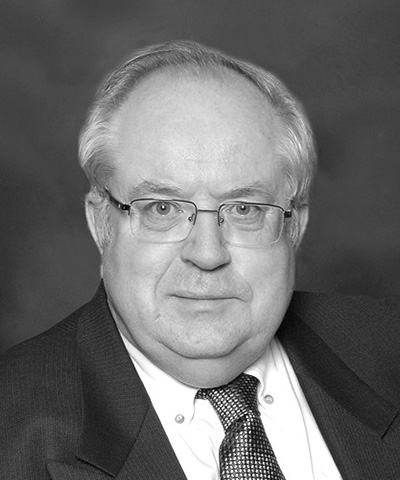 It is with great pride that the Calgary Booster Club names Alf Fischer as the 55th Sportsperson of the Year.

In the world of Alpine Skiing, Alfred (Alf) Fischer is simply known as the “godfather”. For more than 30 years, Alf has been an active, guiding force in the sports of snow and ice. While his contributions from the grassroots level through to the country’s Olympic best competing in World Cups, World Championships or the Olympic Winter Games, have been extensive and varied, skiing has always been the primary beneficiary of Alf’s administrative and leadership skills.

Alf’s skills are most evident in the disciplines of alpine and cross-country skiing, biathlon, and nordic combined. Alf has held some of the most prominent positions and responsibilities – president, chairman, director, marketing, fundraising, and publicity – to name a few of the portfolios he has undertaken. His knowledge of sport delivery systems ensured that skilled coaches were hired and that training programs were increased to new levels.

Alf was also active in organizing and overseeing numerous World Cup and World Championships including the following:

For a program to improve, athletes must compete against the best in the world, and as Alf said, “Where is it better to do this than in your own back yard?”

In preparation for the 1988 Olympic Winter Games, Alf was the volunteer venue chairman at the Canmore Nordic Centre, and he had successfully assembled teams of volunteers to operate all activities in Cross Country Skiing, Nordic Combined, and Biathlon. In the months before the games were to start, the management team for the Mount Allan Alpine venue (downhill, giant slalom and slalom) was struggling. Alf accepted the challenge to assume the same team building role at Nakiska. Alf may be the only person in the history of the Winter Games to organize and oversee every Alpine discipline competition.

Following the Games, Alf became a Director with the Calgary Olympic Development Association, (CODA) to plan for the use of the legacy funds and facilities generated by the staging of the Games. In 1990, as Chair of the Sport Policy Committee, he was instrumental in pursuing the construction of the “Bill Warren Training Centre” at the Canmore Nordic Centre, and in hosting World Cup competitions at both Canada Olympic Park and Canmore. Alf was a member of numerous committees and held a variety of executive positions, including Chairman and CEO of CODA, retiring in 1998.

Alf was very involved with the following Government of Alberta sport programs:

Alf has received numerous awards and recognitions over the years. Among the more prominent are the following:

Alf was born in Germany and moved to British Columbia at the age of two. He is a graduate of the University of British Columbia, moved to Calgary in 1974, and worked with Gulf Canada Resources until 1996. He is presently a principal of his own consulting company, Niven Fischer Energy Management Inc. Alf has also been involved professionally in numerous oil and gas associations.

Beyond a doubt, the greatest benefactors of Alf’s dedication are the athletes, coaches, volunteers, and sport administrators who have had the privilege of being associated with him and being introduced to his passionate commitment for amateur sport.

In recognition of his dedication and outstanding contributions to the sports community of Calgary, the Calgary Booster Club is proud to honour Alfred Fischer as the 2008 Sportsperson of the Year.