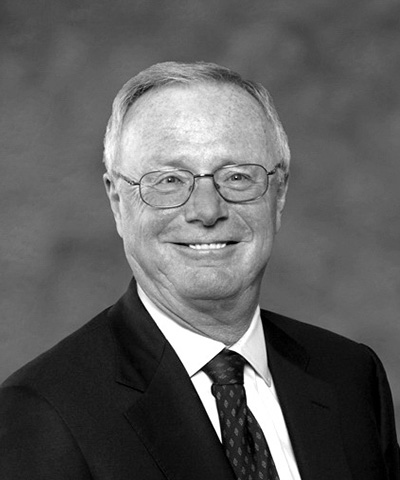 The Calgary Booster Club awards Wilf Kaiser the prestigious title, “Sportsperson of the Year 2009”. We are proud to recognize and honour Wilf for his tireless dedication to the integrity and success of sport in Calgary. Wilf thrives on the satisfaction of making a difference; he challenges the future and sets new standards in sports leadership and administration. He is a true volunteer and one of Calgary’s top sports executives and sports builders.

Wilf has been active in minor football in Calgary for thirty seven years. Beginning in 1972 as a young referee, Wilf officiated Calgary Bantam Football (CBFA) Saturday games under the scrutinizing eye of then, CBFA commissioner, Les Ferguson, former CFL referee and Sportsman of the Year 1968. Two years later, Wilf was elected to the CBFA Board of Directors. He has served in many capacities with Calgary Bantam Football ever since – as executive secretary, vice president, president (2 Terms), assistant commissioner and now as commissioner of the CBFA, a position he has held since 2005. The All Star Program was initiated in Bantam Football in 1988 and Wilf managed the early teams, traveling with them to various cities in the United States for international competitions.

Throughout Wilf’s thirty-seven year association with Bantam Football, he has seen numerous young boys become solid citizens of the city of Calgary. Several of these young men have returned to the CBFA and are giving back to the program as coaches, officials or philanthropists. The current project to install artificial turf at Shouldice Park involves several former Bantam players who have been instrumental in the progress of this legacy to improve the fields. This project has been a dream of Calgary Bantam Football and Wilf Kaiser’s for over ten years. He loves the game of football and has committed his life to the game and to the development of the young players.

Wilf has always been a fan of the sport of chuckwagon racing and became involved, as more than just a spectator, in 1990 as a founding member and co-chair of the Landman’s Chuckwagon Racing Team which purchased its first chuckwagon canvas that year at the Calgary Stampede. After mucking out the barns and helping chuckwagon drivers in any way he could for a number of years, Wilf was asked by the drivers of the World Professional Chuckwagon Association (WPCA) to join the Board of Directors as a non-driver director in 1998. He has been an active volunteer with the organization ever since, serving as the chair of the Rules and Judging Committee and as president in 2001-2003. As chair of the Rules and Judging Committee, Wilf implemented a formal training program for judges and assisted with the complete revision of the WPCA’s racing rules. Today he continues to administer the Horse Drug Testing Program. Wilf’s commitment to fair play has always been evident in his efforts to maintain these polices to ensure the sport displays the highest levels of integrity and creates a level playing field for all drivers, outriders and horses. Wilf travels the WPCA Chuckwagon Tour throughout Alberta and enjoys the thrill of the races. He has dedicated many years to the professionalism, integrity and success of the WPCA and remains an ambassador of the sport he loves.

The Calgary Stampede is another area of community involvement that Wilf has had for fifteen years. He was a member and served as the chair of the Chuckwagon Breakfast Subcommittee of the Downtown Attractions Committee and is now a volunteer on the Chuckwagon Committee with particular emphasis on the Rangeland Derby’s Horse Drug Testing program. He is a huge fan at heart of the Calgary Stampede and a supporter of all who are involved in the sport of chuckwagon racing.

The Calgary Grey Cup Committee is a group of volunteers who travel, at their own personal expense, to the CFL Grey Cup host cities throughout Canada to promote Calgary, the Calgary Stampeder Football Club and the Calgary Stampede. It was the founders of this committee, who in 1948, travelled to Toronto to make the Grey Cup more than just a football game – starting the tradition of the Grey Cup Festival that we know today. The Calgary Grey Cup Committee has participated in every Grey Cup Festival since, spreading the spirit of friendliness, Western hospitality and camaraderie all across the country. Wilf has dedicated seventeen years to this committee, serving as a volunteer since 1992, as chair in 1998 – 2000 and now as organizer of Breakfasts and Parades. His organizational skills, leadership qualities, commitment and determination have contributed to Calgary’s national exposure and recognition. The Calgary Grey Cup 2009 planning is well underway and Wilf has once again taken an active role in the preparations for the Grey Cup Festival which will be held in Calgary in November.

Wilf’s contribution and dedication have been recognized by many of his peers and colleagues over the past thirty-seven years. This has led to some exemplary awards. In the 80’s, Wilf was awarded the Football Alberta Life Membership award. In the 90’s, the Calgary Booster Club honoured him with an Athletic Leader award and the Canadian Association of Petroleum Landmen recognized Wilf with its “Distinguished Citizen” award. This award is given to a Petroleum Landman for outstanding service to the community. In this decade, Wilf was named to the Calgary Bantam Football Association’s Wall of Fame at Shouldice Park and The Calgary Grey Cup Committee bestowed its highest honour, the Al Mackellar award to Wilf for his distinguished service to the success of the 2001 Montreal Grey Cup. The World Professional Chuckwagon Association also honoured Wilf with the George Normand Lifetime Builder’s award. This award is most special because it is voted on by the chuckwagon drivers themselves.

Wilf is a native Calgarian; he grew up in north Calgary and attended King George Elementary and Crescent Heights High schools. He then pursued his career goal as a Petroleum Landman by enrolling at Mount Royal College and completing his education at the University of Oklahoma. Today he is a member of the Canadian Association of Petroleum Landmen and works as an independent consultant for various exploration companies. Wilf and his wife, Marilyn, will celebrate forty years of marriage in August 2009. While volunteering does require long hours and poses some challenges at times, Wilf believes in volunteerism and says that the rewards far outweigh the time commitment and challenges.

Wilf’s grassroots ideology has garnered many long lasting friendships. A variety of Calgarians have acknowledged and praised Wilf’s devotion to sport.

Integrity is evident in all that Wilf does; including how he participates in sport, be it on the golf course, on the curling ice, or elsewhere. Wilf always takes the high road; providing an excellent example of true sportsmanship.

Wilf understood that the impact that one has on young people or anyone that you coach doesn’t end at the end of the season or at the end of an athlete’s career, it lasts a lifetime. He never forgot that the person we coach is more important than the athlete we coach.

Wilf has been an inspirational and dedicated volunteer on the amateur sports scene in Calgary. His unwavering support over the years of encouraging young people to be involved in athletics has inspired many others to volunteer their time, and he has indeed personally led by example.

Wilf enjoys working with kids. He spends hours of his time at Shouldice Ball Park as well as Downtown during Stampede and attends Grey Cups to entertain and promote our great city of Calgary. Wilf is a true Calgarian.